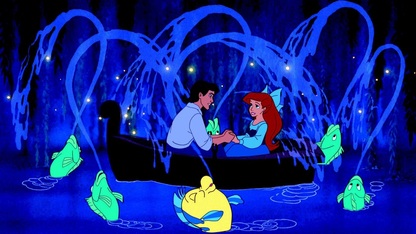 Disney’s The Little Mermaid is much more than just a fairy tale for young children. After further researching the movie I learnt that The Little Mermaid is actually a metaphor for the dilemma of the "Sacred Feminine" over the last several thousand years of western civilization. In several ways, she is an allegory to Mary Magdalene. One aspect is the long wavy red hair, a commonly held attribute of Mary Magdalene. 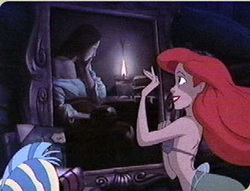 The Little Mermaid Ariel collects artefacts from Spanish galleons shipwrecked at sea. She examines the commonplace items used by humans and wonders what they are for and what it would be like to be human. Among her treasures is a painting by Georges de la Tour called Magdalen with the smoking flame. 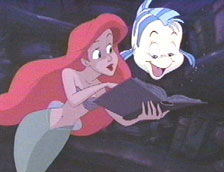 In the movie Arial is seen carrying around a mirror at some points, the mirror is not just a symbol for feminine vanity but represents the role of the material world to manifest the Divine in "the flesh," as the moon mirrors the sun. She is also seen carrying a book; this book represents the bible, all natural and spiritual law and the seeking of wisdom.